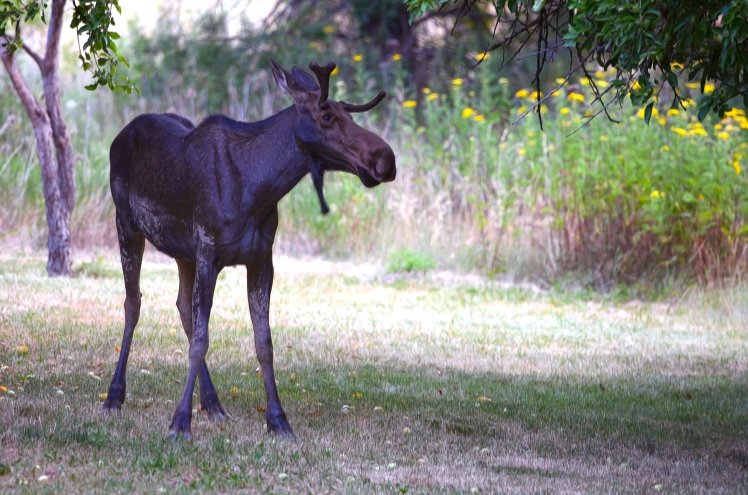 Meet Bullwinkle of the Butte.  At least, that’s what I called him after taking his sophomore yearbook photo near the parking lot at the base of Steptoe Butte State Park.  There have been various members of an extended moose family grazing around the area for years.  Most sightings have been of a cow and her young ones.  But on this particular Saturday evening, this fellow was nibbling on the grass near the picnic area and not very perturbed by the car that slowed to a stop and lowered its windows to allow dad and daughter to take a few shots.  He bolted a few feet when a car behind us sped past us but soon resumed his evening meal, pausing every so often to raise his head and give us a look, possibly to make sure we weren’t going to start nibbling on his turf.

Earlier that same afternoon, on our way to Steptoe Butte, we were driving one of the Palouse region’s famous (or infamous, depending on the weather) “primitive roads,” when we spotted a pair of coyote pups just ahead of us.  This particular road was little more than a two-track between fields, and the young coyotes seemed content to pad along maybe 30 feet ahead of us, pausing whenever we stopped the car to lean out the windows with our cameras.  We’d stop, they’d stop.  We’d roll slowly forward, they’d start walking again. Eventually, the precocious twins decided to exit stage left and pose for us, sitting on their haunches as pretty as you please, just a few yards off the road.  Not something one sees every day, that’s for sure. 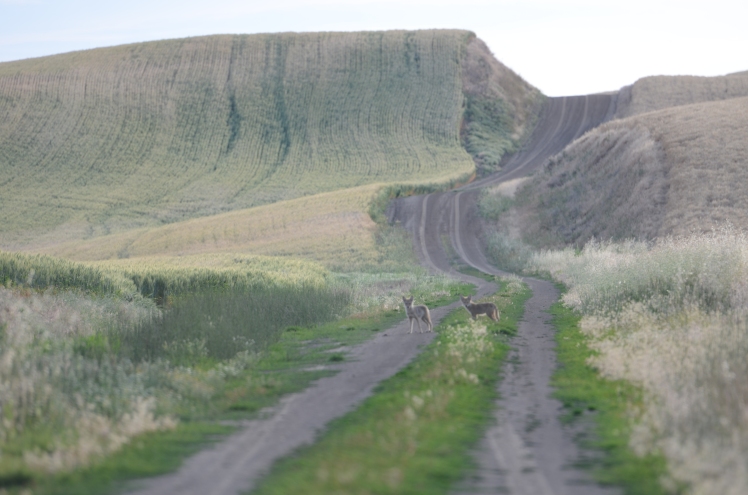 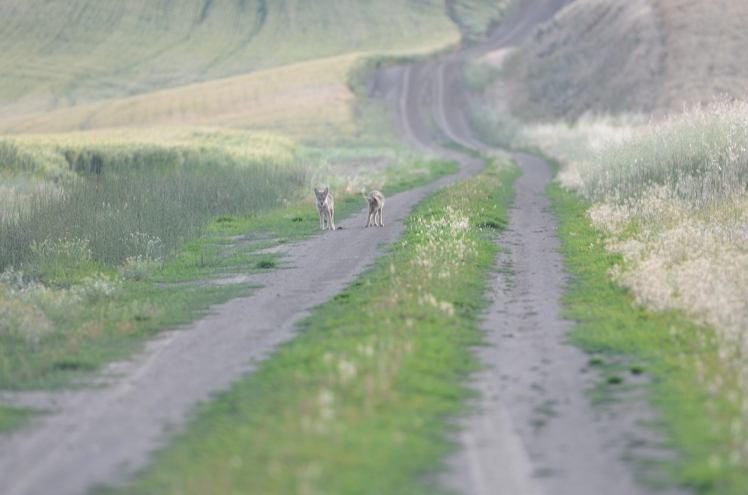 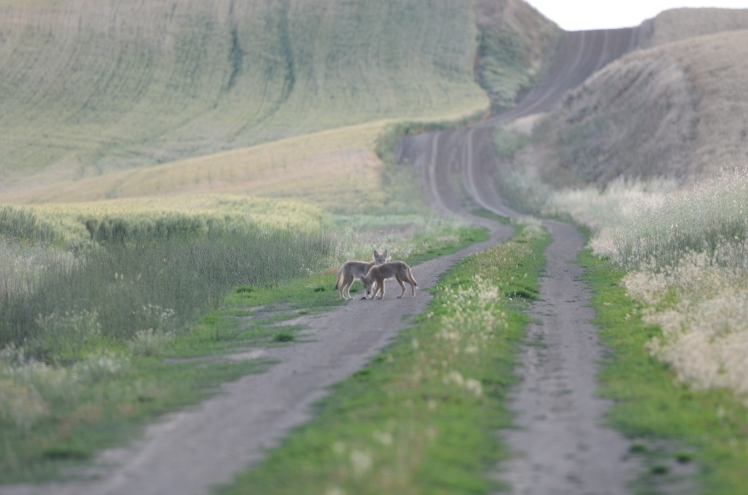 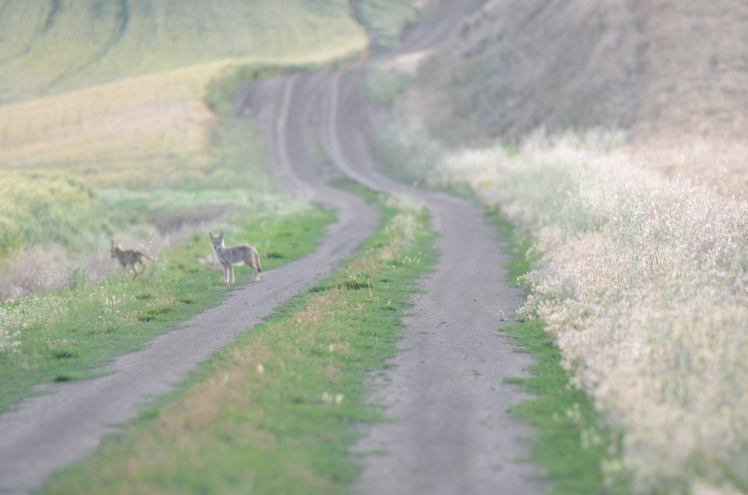 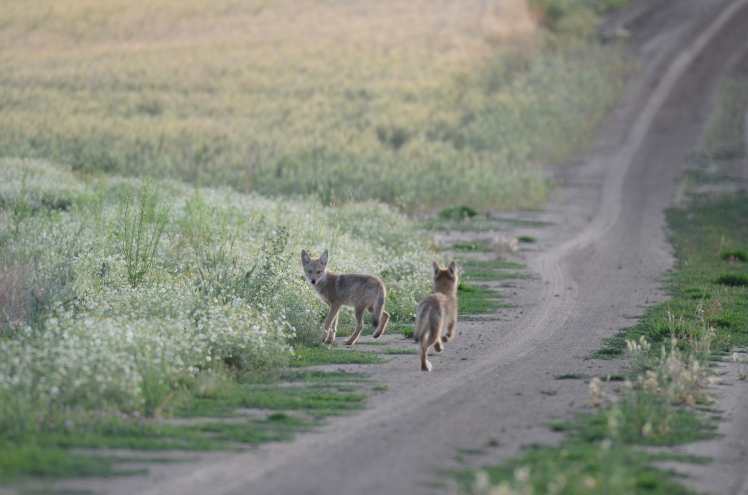 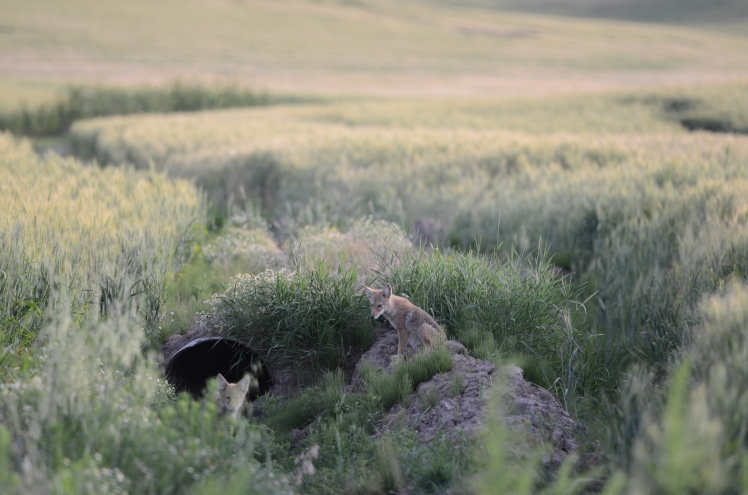 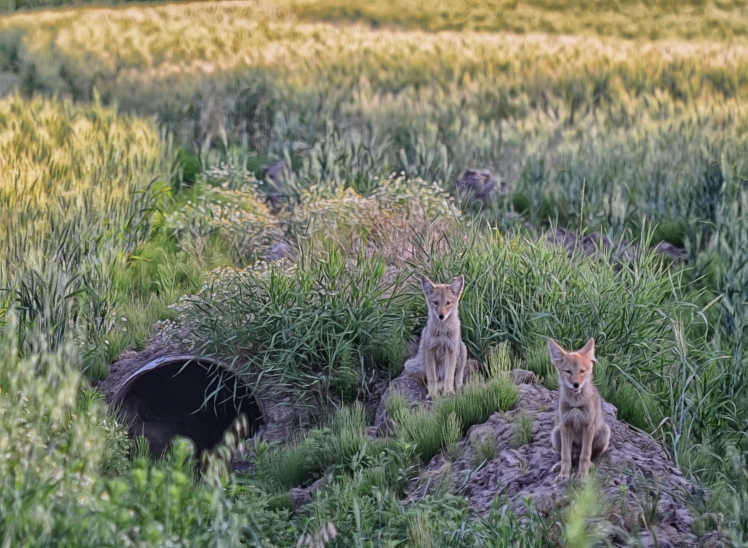 One thought on “Bullwinkle and the Coyote Twins”

See a photograph you’d like for yourself or a gift?  We offer prints and enlargements in a variety of sizes; matted or loose, on canvas or metal, and as notecards with matching envelopes, with prices starting at under $5.00 plus shipping. Please use the contact form to let us know what you’re interested in.  Thank you for looking!